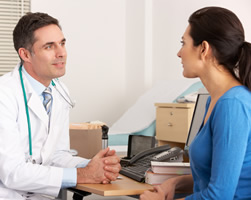 What is Tubal Reversal?

Who is a Candidate for Tubal Reversal?

We usually perform tubal reversals in an outpatient surgery center under general anesthesia. A small incision is made in the lower abdomen and the ends of the severed tubes are reconnected. The ends of the fallopian tubes are very small and must be precisely aligned with very fine sutures. Attempts at pregnancy may begin one month after the surgery. A hysterosalpingogram (HSG) may be performed 3-4 months after the surgery to confirm that the tubes have remained open.

Insurance usually does not cover a tubal reversal. For selected patients without insurance coverage, we offer outpatient tubal reversal for a fixed price of $6800. This includes the surgeon’s fee, anesthesia fee and the surgery center fee. There are certain criteria that must be met in order to qualify for this outpatient procedure. The surgery is performed in the morning and patients are generally discharged home later that afternoon. Although we do have the capability of keeping patients overnight in the surgery center, there is an added cost if an overnight stay is required. We also can perform the tubal reversal in a traditional hospital setting with an overnight stay, but the cost will be more than the above price.

After evaluating you and your partner, the fertility surgeons at Arkansas Fertility & Gynecology will determine if you are a suitable candidate for this fixed priced outpatient procedure. Prior to performing the tubal reversal, some basic female and male fertility testing is done to make sure both partners are fertile. This testing is not included in the above price.