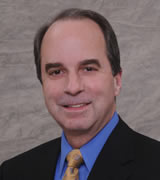 Dr. Dean Moutos grew up in San Angelo, Texas and graduated magna cum laude from Texas A&M University with a B.S. degree in chemical engineering. He attended medical school at The University of Texas Health Sciences Center in San Antonio where he was elected to the Alpha Omega Alpha medical honor society. Upon graduation from medical school, Dr. Moutos completed his residency in obstetrics and gynecology at The University of Oklahoma Health Sciences Center in Oklahoma City. Dr. Moutos was named chief resident of the OU residency program during his senior year. Dr. Moutos then completed a postgraduate fellowship in reproductive endocrinology and infertility at The Johns Hopkins University School of Medicine in Baltimore, Maryland.

Dr. Moutos moved to Little Rock after completing his fellowship in 1992. He practiced academic medicine at The University of Arkansas for Medical Sciences (UAMS) from 1992 until 2004. Many practicing obstetrician/gynecologists in Arkansas trained under Dr. Moutos during his tenure at UAMS. While at UAMS, Dr. Moutos was instrumental in developing and expanding the state’s only IVF program. After a distinguished career in academic medicine, Dr. Moutos co-founded Arkansas Fertility & Gynecology Associates in 2004. He continues to be actively involved in the education of future obstetricians and gynecologists in the state of Arkansas. Resident physicians from the UAMS ob/gyn residency program train with Dr. Moutos and his associates.

Dr. Moutos is board certified in obstetrics and gynecology with subspecialty board certification in reproductive endocrinology and infertility. He maintains recertification in both. He is a member of the American Society for Reproductive Medicine, The Society for Assisted Reproductive Technology, The Society for Reproductive Endocrinology and Infertility, The American Congress of Obstetricians and Gynecologists and the Pulaski County Medical Society. He is the past president of the Arkansas section of the American Congress of Obstetricians and Gynecologists.
Dr. Moutos is married and lives in Little Rock with his wife and four children. 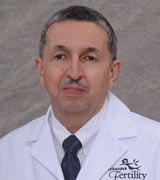 From 1980 to 1985 Dr. Batres practiced ob/gyn and infertility in private practice at the Woman’s Clinic of Little Rock. In 1985 he opened a solo practice specializing in infertility and gynecology. In 1993 he founded and directed the Intra-Vaginal Culture Fertilization Program of Arkansas. This was the first private assisted reproductive technology program in Arkansas and was certified by the Society for Assisted Reproductive Technology.

Dr. Batres is an active member of the American College of Obstetricians and Gynecologists, the American Society for Reproductive Medicine, the Society for Assisted Reproductive Technology, the American Association of Gynecological Laparoscopists, the Central Arkansas Obstetrics and Gynecology Society, the Arkansas Medical Society and the Pulaski County Medical Society. He has received certification in advanced operative laparoscopy and hysteroscopy from the Accreditation Council for Gynecologic Endoscopy.

In 2004 he co-founded Arkansas Fertility & Gynecology Associates. Dr. Batres and his wife live in Little Rock. They have two daughters and two grandchildren.

Sarah Humhpries graduated with honors from the University of Arkansas for Medical Sciences College of Nursing in 1999. She completed graduate school and obtained a Masters in Nursing Science in 2001. She is certified as an advanced practice nurse in women’s health. Sarah has worked in the field of assisted reproductive technology since 1999. She has worked as an IVF and egg donor coordinator. Sarah also coordinates the surrogacy program. Sarah has helped expand the IVF program to satellite clinics around the state of Arkansas. 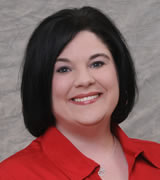 Stacy graduated from Arkansas Tech University with honors in 1998 with an Associate’s degree in Medical Assisting and in 2001 with a Bachelor’s degree in Health Information Management. She received her Master’s degree in Health Service Administration from UAMS in 2007. Stacy is the Donor Program Coordinator for the practice and has worked in the field of Assisted Reproductive Technology since 2001. She coordinates all aspects of donor egg, donor embryo, and surrogate cycles. She helps to recruit and screen donors, then match them with recipient couples. As the Donor Program Coordinator, Stacy also coordinates cycle monitoring for egg donors and surrogates from outside agencies and clinics. 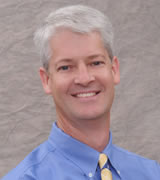 Mahlon Maris was born in Biloxi, Mississippi and grew up in Harrison, Arkansas. He graduated from Hendrix College with a B.A. in biology. Mahlon began his career in assisted reproduction at the University of Arkansas for Medical Sciences in 1990 where he was instrumental in the development and success of the IVF lab. He has extensive experience in the laboratory aspects of in vitro fertilization including micromanipulation, assisted hatching, andrology, embryo/sperm cryopreservation and embryo culture. Mahlon has co-authored several scientific papers which have been published in the leading fertility journals. He is a board certified laboratory supervisor in Embryology and Andrology.

Mahlon brings a wealth of expertise and successful laboratory techniques to our practice. He has a proven track record of success in the IVF laboratory which he will build upon in this program. Mahlon joined Arkansas Fertility & Gynecology Associates in 2004. He is married and lives in Little Rock with his wife and two children. 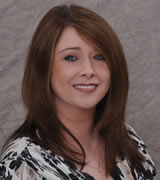 Patsy graduated from the Baptist Health Registered Nursing program in 2011. She is scheduled to receive her Bachelor of Science in Nursing from Arkansas Tech University in the summer of 2014. She has worked in healthcare for over 12 years and has been with the practice since 2011. Patsy is an Operating Room Nurse responsible for patient monitoring and care during the pre-operative and post-operative period. She also assists the physicians during procedures as well as handling patient communication and cycle instructions each day.